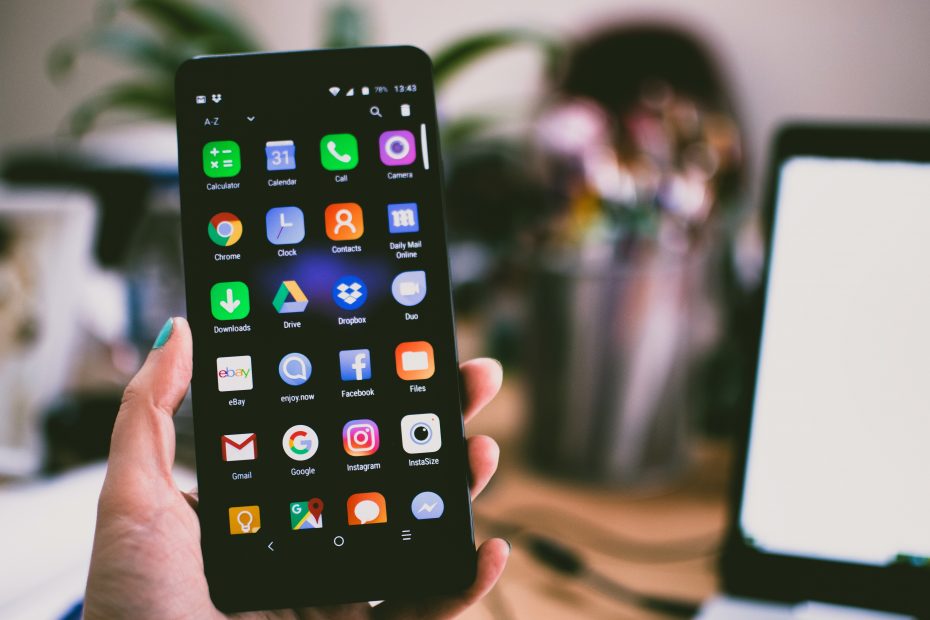 Homegrown app store Indus App Bazaar – which is designed to help users discover new and trending apps in the language of their choice, with more than 400,000 apps in English and 12 Indian languages – has finally come of age. Thanks to its strong focus on localisation, personalisation and ease of use, Indus App Bazaar has created its own space in India and gives confidence to people who are not well versed in English and don’t have an e-mail ID, a prerequisite for downloads from Google Play Store. To discuss more about this Enhanced App Store Ecosystem (EASE) for Android smartphones and its value proposition, Ramesh Kumar Raja talked to Rakesh Deshmukh, Co-Founder and CEO, Indus OS, the company behind the indigenous app store. Excerpts:

Thirteen years ago, on 28th February 2008, Jay Freeman launched Cydia for iOS, the first modern mobile app store. Five months later, on 10th July, Apple ‘officially’ launched its App Store with 500-odd third-party apps. Three months down the line, Google launched Android Market aka Play Store aka Google Play on 22nd October. The Android Market started with apps, but evolved to include several other categories — games, books, movies & TV shows, Play Pass, and now featuring Teacher Approved apps for education — to become the all-encapsulating store that it now is. Across the world, barring China, Android Market metamorphosed into Google Play, a pre-installed app, becoming the default distribution mechanism for apps and content on the Android ecosystem, thereby hogging a significant chunk of users. However, an equitable access and fairness for app and content distribution can be seen in China, where app stores are a dime a dozen and are competing with each other, and Google Play is a minority player (see table below).

Antony Chang of AppInChina has predicted a sea change in the app distribution ecosystem in China in the near future. He recently said, “The most likely changes to keep an eye out for will be continued app store consolidation (Alibaba/Tencent acquiring independent stores), tightening app regulations (local government requiring more documentation) and Google’s re-entry into China (China-specific version of the Google Play Store in partnership with a local tech company).”

The key phrase here is ‘in partnership with local tech’.

While stringent regulations forced Google to take along local developers in China, we are yet to see Google take any step to make app store access to consumers more equitable. In a blog published on 28th September 2020, Sameer Samat, VP, Product Manager, Google, suggested that the following changes are inevitable:

Indus App Bazaar never mandated any billing for app developers, they have always been free to use an offering of their choice. We proactively reach out to developers to help them localise their offerings, provide them support with AWS credits, and with access to detailed analytics on their developer dashboard. At Indus OS, we call this Enhanced App Store Ecosystem (EASE) an initiative to encourage innovation at all levels. While Google clarified belatedly on the billing issue, the other promises remain unfulfilled. The ironic thing to note here is that Google, a primarily software player, feels that there is enough choice of stores for consumers between Google Play and/or OEM-led store (third party) stores. Clearly, the app and content distribution mechanism are more complex and evolved today.

Let’s assume a software player makes their offering available to consumers. Google hampers user-experience with constant pop-ups for the user. 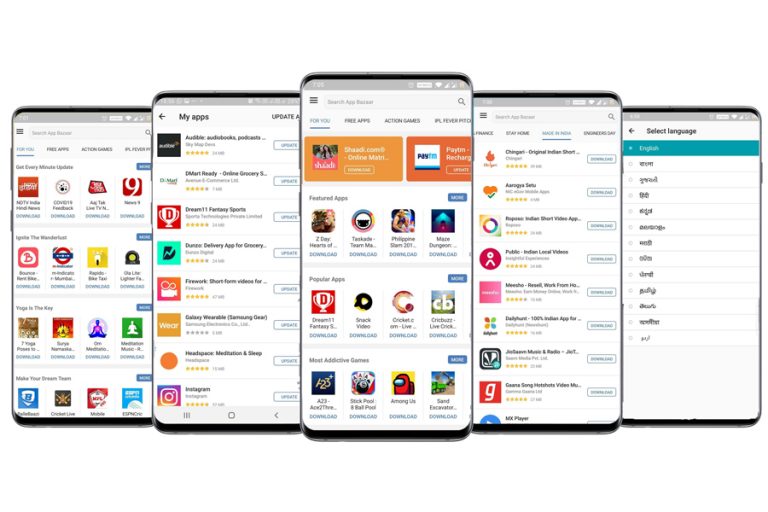 How do you plan to challenge the dominance of Google Play Store and App Store, the two global giants, in India?

At the moment, we are focusing on the Android platform considering its history of openness and fairness in the mobile ecosystem. Android Open Source Project (AOSP) allowed the inception of Indus OS as a platform. Custom ROMs were a rage among Android developers until the introduction of Google Mobile Services (GMS). Since the launch of GMS, the world has changed from the idealistic one envisaged under the AOSP banner with further consolidation of Google’s dominance becoming evident through Play Services.

Our focus is not on challenging anyone, but creating an ecosystem where multiple players can serve the needs of end users in a more seamless and innovative manner for the benefit of all the stakeholders. We hope to be a part of a fair play environment where everyone has equal opportunities to innovate, serve users, and establish their presence without any hindrance.

From inception to execution, what was the process of setting up Indus App Bazaar?

Indus OS began as an operating system, but went modular later. One of our products is Indus App Bazaar, a store that allows users to download apps and content from the storefront. Once a user installs and opens Indus App Bazaar, he is welcomed with a Starter Kit comprising various apps from across categories like trends, finance, entertainment and social media. He can download any app he finds relevant immediately without the need for any email sign-in.

The user then selects his preferred language before he is redirected to the homepage, where he sees specially curated collections of apps, video feeds, banners etc. displayed in a user relevant manner. To explore more about an app and its features, the user can click on any of the app stories or video feeds, and also check the trending apps and other brand offerings.

Also, tab categories and app details pages help the user with the details of an app (including reviews and star ratings) and enable instant download. The ‘For You’ page lends a personalized touch with the platform creating an avatar of the user based on their previous search and downloads. Once the avatar is created, the user starts getting personalized app recommendations and suggestions as per their interest. Users will also get an innovative search bar to look for and discover apps with auto-suggestions making the experience.

We have also introduced features like app stories to allow users to visually understand the apps, their elements and how they can help them. For instance, when a user opens the app store and enters the homepage, s/he will find specially curated banners and app collections designed as per different themes, occasions and festivals.

Users can click on any heading or scroll through each collection to explore our offerings. If they find any app relevant, they have the option to download it directly. Similarly, the app store also has interactive video feeds or app stories to help users learn the USPs and features of an app, and get access to a brand’s new offers along with other trending apps.

There is also a ‘For You’ page, where the platform analyzes the user’s search and usage pattern to create a fun, personalized and exclusive avatar. For instance, if a user is searching and downloading OTT apps, the app store will classify him as an entertainment buff and provide a customized in-store experience in sync with the user’s preferences.

Which devices can it be used on?

Indus App Bazaar can work on all Android devices, but Google’s restrictive policy has stopped us from launching it publicly.

How many apps are available on Indus App Bazaar? Any plans to increase the number?

There are 4,00,000+ apps available on Indus App Bazaar as of now. We are in the process of identifying developer programs to foster a community geared for innovation. As and when we have any new information to share, we will let you and your readers know.

Is it tough to get popular apps on board a new platform like yours?

Like all businesses, we too face challenges, but they can be overcome if we can provide users with an innovative experience and add significant value for them. Moreover, a lot of these popular apps work with Indus App Bazaar because of the unique users we help them acquire.

Which geographies do you get the maximum traction in?

Indus App Bazaar has been particularly popular in Maharashtra and Uttar Pradesh, followed by Gujarat, West Bengal, Karnataka and a few other states. Speaking of cities, we saw the highest number of users coming from Bengaluru, Delhi-NCR, Hyderabad, Kolkata, Pune, Ahmedabad, Kanchipuram and Chennai.

Is Indus OS India-specific or do you have plans to go global?

We are a global company solving local problems. We will soon make an announcement on our plans to expand.

Available in 12 Indian languages covering 95% of the regional languages spoken in India, Indus App Bazaar encourages developers to build local solutions for their audience. Itoffers free-of-cost language translation support to developers, enabling them to reach their target audience without any substantial investment. It eliminates the need for an email address to download most-used apps, reducing the risk of privacy invasion through insecure source downloads. It creates a level-playing field for regional developers with its free-of-cost self-publishing portal. It provides AWS credit to first-time publishers to help them scale up while optimising costs. It also provides them with in-depth data analysis and multiple avenues to monetise their product.With a strong community of regional developers, it provides more relevant and personalised content with an aim to elevate user experience.

How does Indus App Bazaar help?

It offers no-cost publishing for apps with deep user insights and also localisation assistance in 12+1 languages for apps. Indus App Bazaar has developer addressal with a team based in India and available for call. These are the primary benefits of Indus App Bazaar. But in addition to this, developers reach unique users outside of the Google Play ecosystem.

How does Indus App Bazaar assist users with more than 12 languages?

Indus App Bazaar helps users by giving them an experience that is tailored to their needs. Features like App Stories are our learning and innovation to make apps and content more accessible visually. Languages are an important aspect of how we connect with the world. The central tenet of what we are trying to do at Indus App Bazaar is to assist users into the digital economy. All our features – starter kit, app categories, suggestions, amongst others are geared towards user engagement.