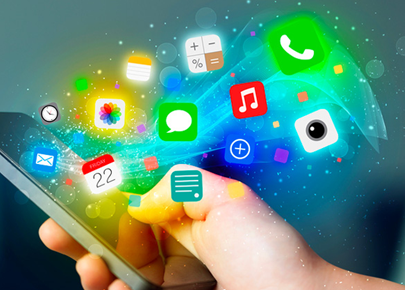 What makes the home-grown app platform even more of a standout is that in a market dominated by Google’s Android and Apple’s iOS, it has managed to notch up 100 million users. Besides crossing the milestone in September, Indus App Bazaar also claims to have processed over 1 billion app installs to date.

Indus OS also let it be known the same month that it had become profitable at the EBITDA level, with an annual recurring revenue of $10 million—a target it had set out to achieve only in 2021. EBITDA is short for earnings before interest, taxes, depreciation and amortization and serves as an indicator of a company’s operating profitability. The COVID-19 pandemic and the consequent nationwide lockdown, as well as the ban on a host of Chinese apps in the wake of border clashes, did play their part, accelerating traffic to its app store, and helping it turn operationally profitable ahead of time.

To be sure, the numbers are minuscule in comparison with those of Google and Apple. In the first half of 2020, Apple’s App Store and Google’s Play Store together generated over $50 billion in revenue, growing at 23% over the same period last year, according to mobile analytics firm Sensor Tower’s Store Intelligence estimates. While the App Store is available exclusively on iPhones, Google’s Play Store is available across Android devices. There aren’t any major alternatives available for regional language speakers to download their apps from. The Chinese phone makers do offer apps on their own platforms but they hardly focus on local languages in India. In such a scenario, Indus App Bazaar, through its association with Samsung, has managed to build out a small but significant business against global competition.

What does all this mean in a country that ranks second in the world (after China) in the number of smartphone users and, according to market intelligence firm App Annie’s State of Mobile 2020 report, is the fastest growing market for apps? And how did Indus App Bazaar become such a marquee offering? Let’s step back and take a look at a company that at one point launched “India’s first Gujarati smartphone”.

The company ran its first pilot in Gujarat in 2014 by launching a smartphone, sourced from a manufacturer in China and billed as India’s first Gujarati smartphone. It sold 5,000 units in a month in Saurashtra, which helped the founders understand the market they wanted to tap into. But they were not into hardware, and merely wanted a phone to test the OS.

In 2015, Indus OS partnered with Gurugram-based Micromax, the second-largest selling smartphone brand in India at the time. Micromax launched 100,000 units of its Unite 3 model, powered by Indus OS. The tacit understanding was that the company would continue with the contract only if it managed to sell 50% of the stock in one month. Micromax sold 85,000 units of the Unite 3 in 17 days, and Indus OS was off to a flyer.

Indus OS was focused on non-English speaking users as well as first-time mobile buyers. Instead of just changing the language of the user-interface elements of an operating system (like Android or Windows), Indus OS offered real-time translation and transliteration of messages, an easy-to-use keyboard designed specifically for Indian languages, as well as easy onboarding of users for whom the mobile phone was their first computing and internet device. Or as the marketing mavens like to put it—“Content and services for Bharat.”

Soon, the company also signed up with other Indian manufacturers of the time, including the likes of Intex, Karbonn, Swipe and Celkon, who launched over 30 smartphones with Indus OS. Aided by the success of those smartphone makers, at its peak, Indus OS rose to a market share of about 8% among mobile operating systems in India, behind only Android, but ahead of both Apple’s iOS and Microsoft’s Windows Phone.

However, those glory days were short-lived. The smartphone landscape of India changed dramatically as Chinese players arrived and most Indian manufacturers folded, unable to counter the onslaught.

While Indus OS’s manufacturer partners were struggling, the company was also losing sight of potential new partners. Almost all Chinese smartphone brands come with a proprietary user interface layer on top of Android and pack in an app store as well. All these brands have considerable investments in software to power their phones in China, where Google services are banned and hence “stock Android” isn’t a thing.

Chinese companies such as Xiaomi and Oppo don’t need another operating system. They already have their Android skin and app store. In fact, advertising, partner tie-ups, app store and add-on products and services are core components of their monetization strategy.

In a fix, Indus OS decided to go modular. The company broke up the components of its operating system to find manufacturers with whom it could partner to add value to the existing smartphone experience.

Indus One is an app and content discovery platform that includes content experiences through seamless user experience integration. These include Minus One (one-touch access to highly customizable cards to access popular and recommended content), Device Search (smart device search for apps, files, contacts, and messages that can be integrated with different services on the device) and Live App Placements (app recommendations on the home screen to allow users to consume new and trending apps).

But Indus App Bazaar is the company’s showstopper offering, which got a shot in the arm with the partnership with Samsung in February 2019.

In a chat last year, CEO Rakesh Deshmukh said the partnership with Samsung had infused fresh life into the company. Deshmukh said that working with Indian manufacturers was easier because they were, in a way, outsourcing their software experience to Indus OS. However, a company like Samsung came with a strong technology foundation and a dedicated development team. “We had to identify where we could add value to their ecosystem,” he had said.

So, while the modularity was driven by the changing landscape, it also made sense from a business opportunity perspective.

Now, every aspect of Samsung’s Galaxy Store, with a reported 170 million users, right from product conceptualization, design and development to content sourcing and curation, along with developer analytics and monetization opportunities, is powered by Indus App Bazaar.

Tapping into a need

Indus App Bazaar is essentially an alternative Android app store with a focus on localization, ease of use and personalization. The UI/UX is built specially for first-time mobile users and focuses on browsing and discovery instead of search with intent to download. The latter is a paradigm that evolved users consider obvious but is awkward for users with no experience in computing or the internet.

There’s more. The App Bazaar does not require an email address to log in. Deshmukh claims that a majority of mobile users in India either do not have an email address or are clueless about it, having had their devices set up by someone else, and hence 40% of app downloads happen through third-party app stores and offline platforms.

The supposed magic, though, is in the app recommendations and discovery based on the user’s location and interest, which helps throw up apps in regional languages. The idea is to solve not only for the language barrier but also other roadblocks and inconveniences that less aware users face.

It offers a destination where users can come and find local content and apps in their native languages. Deshmukh believes that the largest value extraction from any source on a smartphone is the app store—similar to the Google search opportunity on the internet.

But is it easy to convince developers to publish their apps on Indus App Bazaar, given that maintaining apps on different app stores is a strain on resources?

Deshmukh says that was what they faced in 2014. At the time, they had no manufacturer partner. Approaching developers with an app store story was difficult. However, now with 100 million users, Indus OS is past that. The long tail on Google’s Play Store finds better discovery opportunities on the Indus App Bazaar and more and more app developers and publishers now reach out to Indus OS to maximize their reach.

Next steps In July 2019, Samsung Venture, the investment arm of the South Korean company, invested $8.5 million in Indus OS. Its other investors include Omidyar Network, JSW Ventures, VenturEast and adtech company Affle.

Deshmukh says that the partnership and the investment were separate discussions altogether, and not an extension of one into the other—Indus OS’s partnership was with Samsung India, while Samsung Venture is a separate company.

However, both led to Indus OS’s return to the limelight and gave the company a fresh pair of wings. The huge win with Samsung has also gotten the company into conversations with other manufacturers. Huawei and Honor, struggling for relevance in India because they don’t ship smartphones with Google Mobile Services (a fallout of the China-US trade war), were reportedly in conversation with Indus OS in March. However, industry insiders suggest that discussion is off the table now.

There are also murmurs about a similar conversation with Chinese phone brand Vivo. While it makes sense for Vivo to push its India story using a made-for-India app store, there is no confirmation yet of any progress in the talks.

Last month, it was reported that Micromax will get back to exploring opportunities with Indus OS. The company has made a comeback to the smartphone market, riding on the anti-China sentiment and waving its Indian credentials. A home-grown app store will definitely aid that pitch.

Even with limited opportunities in India all this while (before the recent surge of interest in “local” apps), Indus OS has not taken any major steps towards expansion to other markets, especially those with similar linguistic and economically diverse demographics. Now the Samsung tie-up might help the company explore new markets.