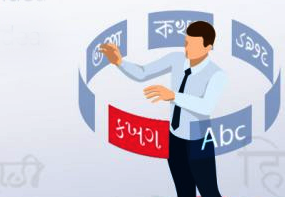 CHENNAI/BENGALURU:  With Google facing heat for its billing policies, the search for a national app store alternative to the Play Store is gathering pace. Paytm is leading a coalition of entrepreneurs towards this search, while homegrown app store Indus App Bazaar is pitching itself as a ‘Made in India’ product to “democratise app access”.

Paytm founder Vijay Shekhar Sharma on Thursday announced a new fund of Rs 10 crore to back mini-app developers on its platform. “This means that they will have an equity investment. These investment terms will be one of the most lenient one can expect,” Sharma said. In a display of its distribution power, Paytm — which unveiled its app-in-app service earlier this week — said it has 150 million monthly active users.

“This will be like an incubator (making investment) with pre-defined terms, which typically is…a certain percentage of stake in the firm for a certain amount of capital. No extra rights, no extra obligations,” Sharma added. Paytm also said it was aiming to on-board a million apps before Google’s billing policy kicks-in here by April 2022.

A group of local entrepreneurs have been protesting against Google’s move to implement 30% fees on digital transactions in India, which pushed the tech giant to defer the deadline by six months to April 2022.

Indus App Bazaar, an app store by Mumbai-based Indus OS, reported increased traction in both users and developer base in the past week. “We have seen an increase of 40-50% in the number of (developer) signups in the last two weeks,” Indus OS co-founder and IIT-Bombay alumnus Rakesh Deshmukh told TOI.

Without specifying details, Deshmukh said “discussions have begun with relevant policymakers” to help them with “our insights and experience on building Bharat ka app store”. Launched in 2014, Indus has over 400,000 apps listed on it and around 100 million users across English and 12 other regional languages. It is currently on Samsung, Micromax and Karbonn phones — its OEM partners.
Omidyar Network, JSW Ventures and Samsung Ventures are a few investors in Indus OS. Users can download apps without an email address and find apps in local languages. The store does not charge developers any fee.

“Indus App Bazaar is specially designed to cater to Indian users and elevate Indian developers. We want to provide a level-playing field to local developers to compete with global players,” Deshmukh said. However, owing to its current B2B2C model, the app store can be accessed only on partner OEM devices. The company said it is in discussions with other Indian and global smartphone brands.

Pavel Naiya, a senior analyst at Counterpoint Research, said creating an app store in the same technical league as Google Play Store is going to be “a mammoth task”.