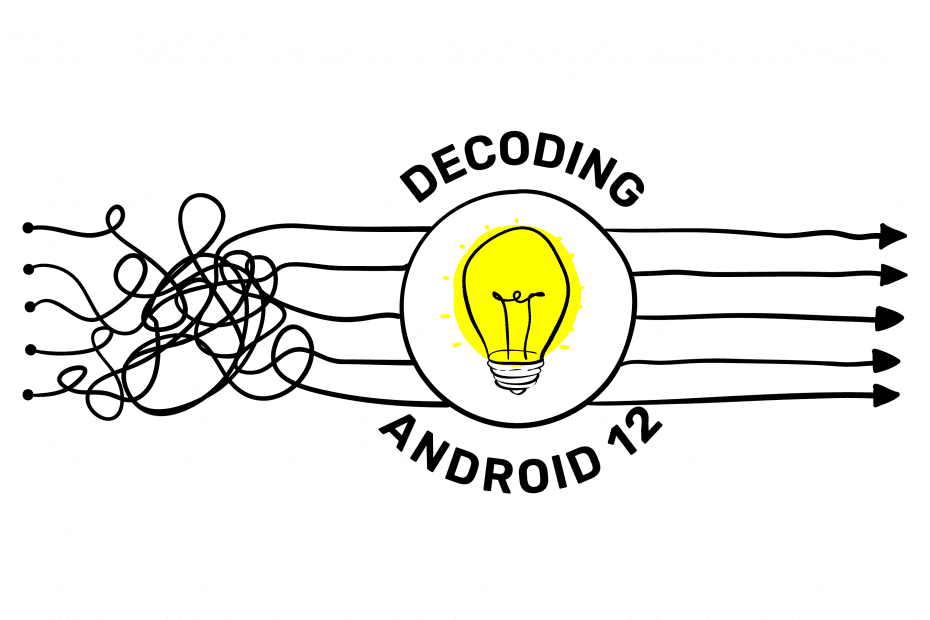 Has Google changed over the years? What do app developers have to say about Microsoft highlighting the issue of app fairness? Has Android 12 met expectations?

These were some of the questions raised during Indus OS’s latest webinar, “Decoding Android 12”.

The conversation was facilitated by Aditya Kshirsagar, Product Marketing Specialist at Aditya Mitra Mandal, and was joined by Nitin Verma, founder & CEO of InstaAstro, and lead engineer at Indus OS, Joshua Britto.

“When you become bigger and stronger, you tend to exert your control over others”. This is what the founder of InstaAstro, Nitin Verma had to say on Google’s change over the years.

According to Verma, Google has grown tighter with its controls, and that is expected from a company that becomes a behemoth in the industry.

Joshua Britto, the lead engineer at Indus OS, also conceded that Google has indeed changed its attitude towards the community and has reduced its support to them.

“Global Pressure is changing the ways of big tech”. The opening to the discussion about app fairness and innovation shed light on how big players in the industry are agitating for change.

The Coalition for App Fairness (CAF) has seen companies like Spotify, MatchGroup, and Epic Games ally with one another to meet this end. They’ve had success in getting a few US senators to sign on the Open Markets Act, which could pave the way for the democratization of innovation and app distribution.

It was surprising to see who the lead advocates for reform were.

Microsoft has put itself as the torchbearers for change. Product Evangelist Aditya Kshirsagar, couldn’t help but note the irony in the situation when he brought up the “Netscape Moment” that occurred more than two decades ago.

The primary focus of this particular discussion was on an article published by Microsoft which highlighted 10 principles to promote app fairness, choice, and innovation.

The contents of the article offered encouragement and validation to the work put behind the Indus App Bazaar.

Finally, will the efforts of Microsoft along with the CAF bear fruit? That remains to be seen but it’s not impossible. As Joshua succinctly stated, “where there is a will, there is a way.”

The final section of the webinar revolved around questions on Google’s latest offering in the form of Android 12. Given below are the questions asked which adequately covers what we need to know about Android 12

1. What is Your Assessment of Android 12 for Developers and Users?

2. What is the Future of Alternative Stores?

“If alternative stores want to have a future, they need to be able to offer a product that rivals the PlayStore. User trust can be gained through offering a high-quality alternative.”

“The alternative store will become better. Though it’s still in the early stages, it will become an open-source community and the government will play a role in helping alternative app stores.”

“At the same time, a browser or super-app can also become an alternative app store. With the government’s and open source community’s help, I am optimistic that this can become a reality.”

3. What Limitations do OEMs Face When it Comes to Launching Their Stores?

Aditya Kshirsagar answered this question by saying, “There is nothing stopping OEMs other than fear. No OEM wants to risk the ire of Google by promoting their store. Almost all OEMs have their own app stores yet they desist from any attempts at promotion to avoid testing Google’s patience.”

4. What is Indus OS and What Should We Expect in the Future?

Joshua Britto took up the mantle with this question and said, “At Indus OS, we’ve been in the operating system application space for a while now. Our main product is a competing app store that was released on all the older Indian OEMs.

Today what users have access to is the Indus App Bazaar, which powers the Samsung Galaxy Store.”

“The developments at Indus OS, include the addition of app stories which allows the user to keep up to date with the latest developments with the app and other news as well. Moreover, information videos have been added which allow users to learn more about the app, unlike other stores which just have a few screenshots of the app.”

In case you want to catch up on the webinar, watch it on YouTube by clicking here.