COVID-19 and its Impact on the Mobile Industry 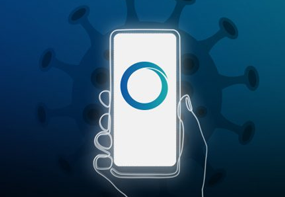 The COVID-19 crisis is in full swing. Many countries are in a complete lockdown and the impact is affecting everyone, and every business is dealing or at least trying their best to deal with it. The global economy is estimated to suffer $2.7 trillion loss.

According to Statista, the advertising industry is looking at a $26 billion loss in revenue as of early March 2020 due to the coronavirus outbreak.

Ad spend declines up to 50% are expected across all channels, according to advertising professionals.

Media consumption has spiked all across the globe, with 36% users reporting that they watch more news, 27% watch more shows, 21% spend longer time social media, 18% engage in gaming, and so on.

The mobile advertising industry is keeping a close eye on what impacts the spread will have on ad spending amid volatile economies, changing consumer habits and affected supply chains. App developers and internet companies are still in the process of understanding what they are facing, and what actions need to be taken to keep going during an economic crisis.

Given widespread stay at home orders, it’s no surprise that users are turning to apps that keep them either entertained or connected to essential services. And on the other hand, owing widespread bans on public gatherings and severe restrictions travel, event ticketing, hospitality, e-commerce are especially hard hit as this pandemic stretches on.

The below graphs show us the various engagement levels of different categories of apps : 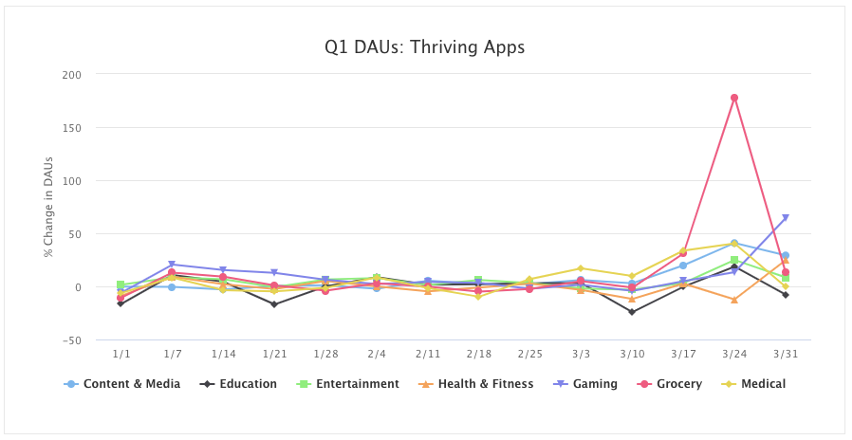 Apps Are Seeing Drops in Engagement

Speaking of India, there is an overall increase in usage and installs. Revenue is also seen to be increasing slowly and gradually. Social, Food Delivery, Communication and Entertainment/OTT and  Gaming apps have enjoyed an increase in revenue in recent weeks 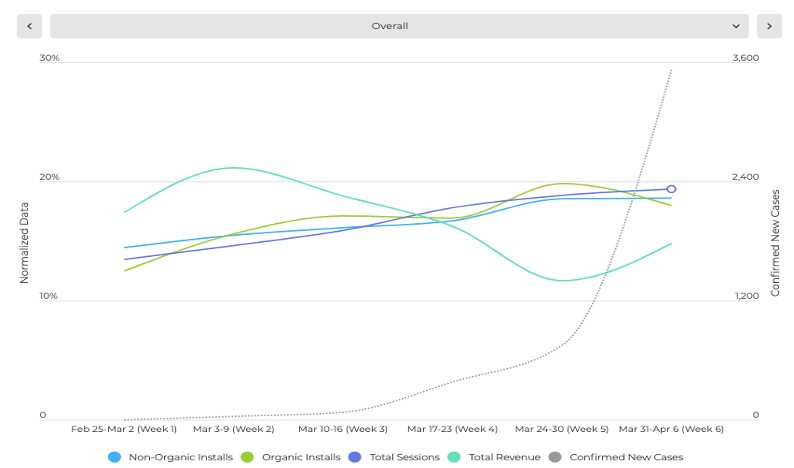 As people continue to stay at home, they are spending the majority of their time on their smartphone, which is acting as a stress relief mechanism in the time of crisis. We have observed an overall increase in installs and user engagement. However this hasn’t really translated in increasing our ROI because advertisers have significantly reduced their install budgets and many even stopped the promotions owing to the Coronavirus situation. There has been a steep fall in E-commerce, travel, cabs and ride sharing categories, due to restricted deliveries and movement. Budgets for these categories were reduced drastically. On the other hand, Education, Entertainment, Card Based Gaming, Social & Music categories of apps have not only seen an increase in installs but also increase in the user engagement leading to higher ROI for the developer.

Games have always provided a much-needed escape from reality, and social distancers are turning to games in incredible numbers across every available platform. In India, online gaming players have seen a huge spike in downloads in the past few weeks and startups are recording a surge in user engagement. Contrary to regular trends, where games were mostly being played in the night, users are now playing games during the day as well.

According to the report on the impact of COVID-19 in India by InMobi, a leading mobile marketing and advertising platform provider, gaming app usage in India grew by 110 percent from January 1st to March 11th, 2020.

In the 1st week of April, Pubg Mobile surpassed a milestone of 600 million total downloads, on the eve of its second anniversary. Firms such as Adda52 and Paytm First Games are recording a 50-200% increase in their month-on-month user base. Adda52, saw the average time spent by a user every day on their platform grow by 18 per cent over the past couple of weeks. The number of daily active users also grew 12 per cent since March 10. However fantasy sports sites have taken a hit, as they rely on live sporting events, and a spate of cancellations have kept users away.

As you can see, there’s light still in a world that has been seemingly blighted and darkened by this pandemic.